The Christmas season is usually the busiest time of the year for Cavan Singers, and this year was no exception. We had formal and informal performances, made recordings and were heard on not just one, but two radio stations...

Our recording of seasonal favourites The Snow and Still Still Still was aired on RTE's Classic station Lyric FM on December 8th at 10am. We had recorded these (and other songs in preparation for Fleadh 2012) in November with the help and expertise of Sue Donohoe's Music Technology students in Cavan Institute, St Clare's, Main St, Cavan.

Carols in the community
On Saturday December 10th, Cavan Singers had two daytime outings. In the morning the annual Carol Service in the Oncology Unit of Cavan General Hospital was held for patients, staff and friends of the unit. This has become a very very important part of Cavan Singers' calendar, to which many people both in the choir and the hospital look forward each Christmas season.
In the afternoon, the Carol Singing for charity took place in Main Street, Cavan Town. Many friends of the choir look forward to hearing us sing in town, and it certainly adds to the atmosphere for all shoppers.

On the evening of December 11th, Cavan Singers joined the congregation of the Church of Ireland in Cavan to sing at the Christmas Service. This has become a solid fixture in our calendar also, and choir members look forward to partaking in this service, in particular to the Nativity Play presented by the students of Cavan No.1 School.


The Saturday Connection radio show with Charlie McGettigan on ShannonSide

Our last outing of 2011 was a whole new departure for Cavan Singers - singing live on the 'wireless'. The choir travelled by coach to the Shannonside studio in Longford, and joined Charlie McGettigan for his popular weekly show, Saturday Connection for some songs and chat. This was fun, and enjoyable for both choir, audience (and hopefully the host!). It made for a relaxing and happy end to what has been quite a challenging year for Cavan Singers.
Posted by Cavan Singers at 16:08 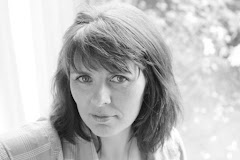